Collaboration with the Rotterdam City Archive

Rotterdam's City Archive – its public memory - is a record of so much that has happened: you may recall the WW II bombings, but also Rotterdam's history as the economic heart of the Netherlands. It is worthwhile making these sources available.

The City Archive constantly strives to disseminate the story of Rotterdam to the public. The goal is to improve our knowledge of the past. The digitization of the City Archives is an essential step in the process of sharing this knowledge with a large audience. This is the reason why the City Archive and GMS collaborate.

“The collaboration with GMS was very pleasant and professional”, according to the [Rotterdam] coordinator digitization. “The digitization of the civil registry has gone according to plan. The need to swap half of the registers during the project in order to avoid disturbing the indexing  process at the City Archive was no problem. The digitization project has been carried out by GMS to our complete satisfaction.”

The Rotterdam City Archive, or “memory” of Rotterdam, is significant. It is one of the oldest archives in the Netherlands and dates from 1857. Rotterdam has been formed in these last 158 years to become the city it is today. Rotterdam is entrepreneurial, energetic, and pioneering – all of which is made manifest in the City Archive. Rotterdam was one of the first archives in the Netherlands to have created its own E-depot [long term archival system for storage and preservation of static information]. 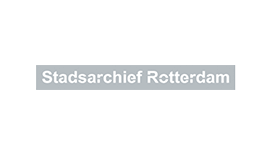 “The work process followed by GMS together with the customer, is very transparent, efficient, solutions-oriented, and is based on direct and fast communication.”