Hidden pearls from The Black Box

The Gent City Archive stores in The Black Box – also home to the City Archaeology Unit – the historical archive of the city of Gent from the twelfth century until today. A limited part of archive's image has been digitized, annotated per item, and made accessible and searchable online via www.beeldbankgent.be.

One of the City Archive’s ‘hidden pearls’ is a poster collection that forms part of the urban police twentieth century archive (series XVI of the modern archive). It comprises over 10.000 posters, mainly from the period after 1945. This collection started because the publisher had to give to the police, as proof, one copy of every poster that was published in Gent. In addition to written posters announcing public sales of land and buildings, the collection mainly holds announcements of film, opera and theatre shows, etcetera. The unique collection has not only a clear historical-documentary value, but many posters are also beautifully designed.

To make this colourful and rich collection of posters accessible, also with a view to the digital preservation of the fragile, paper originals, the City Archive decided to incrementally digitize and annotate the entire collection and to publish it on the (new) online City of Gent image database. Because of the large poster formats (40 percent of the posters exceed the A1 format and 5 percent is larger than the A0 format), the digitization had to be done externally. The assignment for filling the first disk drive with scans was awarded to GMS. At the request of the City Archive, GMS paid extra attention to the straightening of the digital images in accordance with the Metamorfoze quality requirements,. The result is a great digital collection that is accessible via the image database [site]. 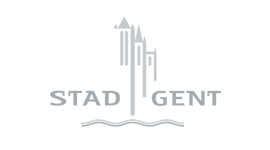 “It is important to first develop a good structure before you start the digitization. Otherwise you will miss the efficiency that makes digitization well-favoured. ” 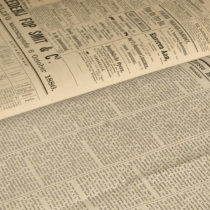 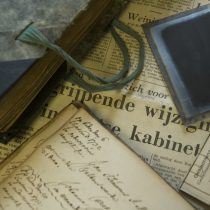 For a documentation centre is Scanning on Demand the best way to serve visitors in the waiting room as well as online visitors. A lot of benefits for your organisation and your visitors.

Maps, atlases, and prints are prime examples of historical sources that have one thing in common: they come in exceptionally large formats. GMS digitizes historical material in large formats.